The new five a side is almost ready for re-launch!

You may think you know the tnfive website inside out, but not for much longer! The website is undergoing some exciting new developments that will see the design of the site changed completely.

The new site will be aimed at children and young people with a view to them setting up their own leagues in schools and colleges. The students of Leeds City College, England are already using TN5 to help them work towards their coaching qualification in 'Leadership Through Football' and are enjoying it immensely.

In addition to the Coaches and Teachers page, there will also be a Player Zone with advice on improving your game, health and fitness tips and competitions. The first competition upon launch will be a 'Name the Game' comp - your chance to come up with an original name for the video game that will feature on the homepage of the website! When the site is launched, users will be able to challenge players from all around the world to be top of the leaderboard. Keep a lookout for news on the competition in the next couple of months - maybe YOU will have the honour of naming 'The Game With No Name'?
Posted by TN5 at 23:59 0 comments

Find out how TN5 is enriching the game for Leeds students

Leeds City College has a wide variety of sports courses and sporting opportunities available to its students. Through the Academy for Sport, students have access to some of the best facilities, coaches and tutors available.

As part of their Leadership Through Football course, Leeds City College has been using TN5 as an engaging and innovative way for students to achieve the qualifications. In order to gain the qualification, students are required to:
Using TN5 contributes to all of these elements, providing a great format that students enjoy and engage with whilst developing their leadership skills.

Pav Singh, Football Tutor at Leeds City College and also Leeds United Under 14's coach, is using TN5 with his students. 'Our current sports students have been using the TN5 game format as part of their 'Leadership Through Football' coaching course. TN5 has given them the opportunity to organise their own league and matches and they have all really enjoyed competing against one another. As an FA Futsal Tutor I have incorporated TN5 into our course curriculum and I use it to help deliver new and exciting Futsal drills. We hope that our students will go on to pass their technical and tactical abilities as well as their valuable organisational skills to local kids at grassroots football level. Hopefully we might have the next Ronaldo or Messi in the making'.

Anthony Gallagher, Sports Academy Manager, agrees. 'Since using TN5, the students have really engaged in the Leadership Through Football coaching course. Not only are they developing great coaching and leadership skills and working towards an industry recognised qualification, the students love the competitive element that TN5 brings to their studies. Each and every student is striving to be successful both in their studies and in their TN5 league'.

You can find out more about the great sport and other qualifications available at Leeds City College at http://www.leedscitycollege.ac.uk/index.php/football-academy/ 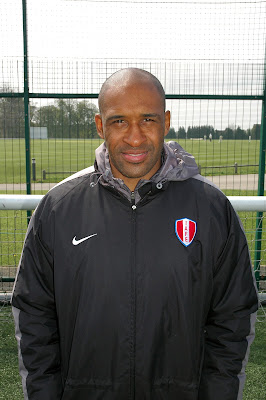 Brian Deane, the fans' favourite and first ever goal scorer in the English Premier League, has had a long and successful footballing career. Playing for teams such as Sheffield Utd, Leeds Utd and Benfica, as well as England,  Brian retired from playing in 2006. Since then, Brian has continued to be heavily involved in the game going on to establish his International Academy for Football and Education (IAFE), supporting great initiatives such as 'Kick Racism Out of Football' and The Princes Trust, and has now taken his first role in football management with Sarpsborg 08 in the Norwegian top flight.

Brian became interested in TN5 during its developmental stages and has been supportive of The New Five A-Side and its aims ever since. 'I am passionate about young footballers learning important life skills and working towards recognised qualifications whilst playing a game they love, and TN5 provides an opportunity for this. It's a great new approach to the game of 5 a-side that can be used by players of all different footballing abilities. Young people have the chance to organise their own league of friends or classmates and compete against each other in a safe, friendly environment learning valuable skills like leading, officiating and organising along the way'.

TN5 is the perfect way to engage young people in the sport. Running and organising their own league helps them to develop valuable skills that can often contribute towards attaining formal qualifications. The competitive format of short, sharp games and their own league of friends and classmates maintains their interest and will to succeed. This appeals to Brian who adds, 'Sport teaches young people many skills and TN5 enhances the development of organizational and leadership skills for their future lives. Competing in a friendly environment helps to develop the resilience that will serve them well in adulthood'.

You can read about Brian's work with The International Academy for Football and Education at www.footballandeducation.com and you can follow him on Twitter@deanobri1968.